Optimal Power Solutions India have recently implemented a solar PV, micro grid system for the Indian Coast Guard. The Micro Grid power system shown is one of several installations that provide reliable, 24 hour power to Coast Guard facilities around the coastline. The system configuration includes parallel power conditioners which offer high power and dual redundant capability. System components include a solar PV array of 75kWp and an energy storage  of 575kWh which ensures the operations run seamlessly around the clock.

The Micro Grid at this site is focussed on parallel power conditioning units rated at 30kVA each. In addition, the system has the capability to manage two diesel generators as back up sources. The power conversion and system control was carefully designed for ease of use and fast serviceability.Remote monitoring and control has been implemented by OPS to meet the requirements of the dual redundant, parallel power conversion systems.

Further information on this Coast Guard project is available in the following presentation. 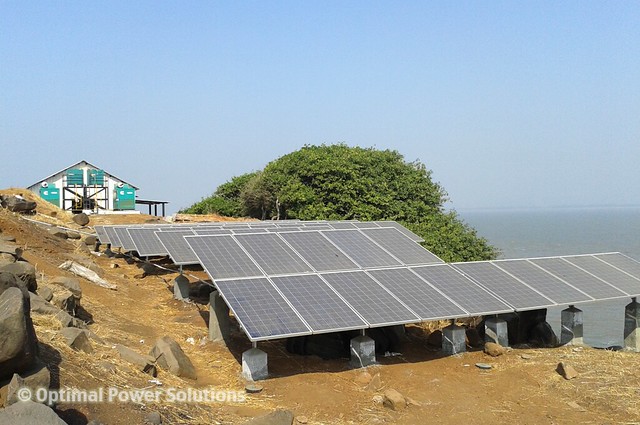